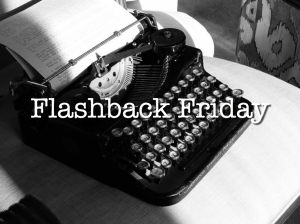 I originally wrote this story as an assignment for a college class. We were given the scenario that a man was found dead in an airport bathroom with no identification, and all the police had to go on were the contents of his pockets (which we were given). Our assignment was to write a story that told how the man ended up dead in the bathroom with that collection of random objects in his pocket.

I hope you enjoy it. It’s always been one of my favorites, because I had so much fun writing it. If you like it, please leave me a comment, and tell me you read it!

Detective George C. Hayes stood to the side of the crowded men’s room. The airport was incredibly busy for a weekday. He didn’t want to admit it, but he was completely stumped.

The call had come in a couple of hours before he would have gone home, but he was still here. Still puzzled. The coroner had taken away the body over an hour ago, and the blood was being cleaned from the floor and the splatter from the mirrors. No one had seen anything. There were no security cameras in the men’s room. The images from the terminal were sub-par at best. Two shadowy men dressed in black business suits and hats.

The only thing he had to go on were the strange contents of the victim’s pockets. A random assortment of coins, medications, and what could only be called junk, and one interesting piece of paper with a cryptic clue. Det. Hayes scratched his chin in thought. The victim had no wallet…no identification. So far, he was at a loss as to how the things found in the victim’s pocket fit together. He closed his eyes and tried to figure it out. How did the clues fit together?

He would figure it out. He always did.

“Whatcha got there, Mister?”

Edward jerked his head up, and closed his hand around the coins he had been jingling. “What?”

The elderly lady in the seat beside of him was peering intently over her bifocals. She nodded her head toward Edward’s closed hand, and repeated, “Whatcha got there?”

“N-n-nothing.” Edward’s blue eyes nervously darted from his hand to the lady’s face and back again. “Just some coins.”

“Got some foreign money there.” She smiled, but her look was prying.

“Y-y-yes, Ma’am.” Edward stared at the floor. “My Mama gave me these coins.” Edward held up a coin with the words “Kongeriket Noreg” on it, and said, “This one’s from Norway. Mama called it a Kroner.” Holding up another coin, he said, “And this one’s Italian.”

“What do you carry them around for?” The lady questioned. “You can’t use them for anything.”

“Oh, just in case.” Edward’s voice faded into the low hum of the airplane.

“Oh, I don’t know.” Edward nervously scratched the patch of poison ivy on his hand. “Just in case I ever need them.”

As Edward resumed jingling the two coins with the dime and penny that were in his pocket, the old lady stared at his hand. “Poison ivy?” she asked.

Edward just nodded, counting to twenty-eight over and over in his head. He didn’t notice the lady rummaging in her purse, nor did he notice her outstretched hand. It wasn’t till she clucked her tongue and pushed the tube of Topicort into his hand that he noticed her at all. He looked at her as if he had never seen her before. “What’s this?” he asked.

“For your hand.” The lady looked at Edward as if he was from another planet. “It will help the itching. You could get some Benadryl, too. It helps.”

“Oh.” Edward’s eyes roamed the ceiling above him. “I’ve got some of that.” He pulled his hand from his pocket, showing the lady a single Benadryl pill in a little packet. “I always have some Benadryl.”

The lady tried to talk to Edward some more, but gave up a few minutes before landing. Edward was paying no attention to her. She finally just stared at him, watching his lips move, as he silently counted to twenty-eight, over and over again.

As the passengers were waiting impatiently to disembark, Edward’s fingers nervously fingered the bottom of his sports coat. He looked sharp for his twenty-eighth birthday, his mama had said that morning as he left the house. She hadn’t known that his shirt was missing a button. Edward had cleverly buttoned his coat to hide the missing button. It was safely tucked away in the shirt pocket, just in case he found a needle and thread to sew it back on.

Edward had to take a step backwards as the man sitting beside the spot Edward was standing in decided to stand up. A bit tipsy, the man stumbled and reached for the back of the seat in front of him, dropping a hand full of pink sweetener packets in the aisle. Edward bent down, gathered the packets together, and then handed them to the unsteady man beside him. “H-h-h-here.”

“Thanks.” The man accepted the handful of Sweet-n-Low. “Diabetic.” He offered an unnecessary explanation. Edward had not even entertained the thought that it was odd to have a handful of artificial sugar. His eyes were already roaming the ceiling, his lips silently counting to twenty-eight, as he slipped the packet of sweetener he had just swiped into his pants pocket. Just in case, he thought.

As Edward exited the plane, he stared up at the scaffolding. He stood there for seven minutes and thirty-seven seconds as he watched the men installing the enormous sign. His eyes followed the movements and his lips smiled involuntarily as the drill whirred to life. His gaze was broken only when a screw fell down from where they were working, bouncing off the scaffolding with a clink, and rolling to a stop just inches from Edward’s polished brown shoe. Without a moment’s hesitation, Edward scooped up the screw, pushed it deep into his pocket, and began walking away. Smiling as he walked, Edward’s fingers touched the screw, and he was content to know that, just in case he needed such a screw, it was there.

Edward was walking past a small group of people gathered around a table, unlit candles stuck in the top of a small birthday cake, and a small boy grinning as they sang to him. His counting stopped at twenty-one when he stepped hard on something, and felt it break beneath his foot. Pulling his foot away, Edwards saw the broken birthday candle, broken at the tip. Edward’s mind immediately raced with the possibilities. Melted wax could be used for lots of things. He might need some soon. You never knew. He reached down and picked up the smaller bit of candle, with the wick sticking out, and tucked it away in his shirt pocket, just in case.

Edward’s mind raced as he checked his watch. He was early. He had plenty of time. His excitement at seeing his father was so great that he was having trouble remembering what number he was on as he counted. Pushing his hand deep into his coat pocket, Edward touched the small locker key and the half of a money exchange coupon his mother had given him. He didn’t know what it meant, but he was supposed to give it to his father when they met. His mother had not told him much about his dad. Just that she was swept away one summer with the dark blue eyes of number 28 on the visiting team.

Edward stopped at the little restaurant, and slid onto a stool at the bar. He glanced again at his watch, only to notice that the hands had stopped ticking. Edward smiled happily, and pulled a Ziploc bag from his pants pocket. Along with a package of dental floss, the bag contained one small battery that Edward had brought just in case. He turned over his watch, popped open the back, and installed the new battery. He counted the seconds up to twenty-eight, and then sighed happily. He stuck the old battery and the dental floss in his pocket, and tossed the bag into the nearby trashcan.

Edward had counted to twenty-eight over and over…twenty-eight times over, in fact…when he finished his iced tea. He had pulled out his wallet and laid it on the counter when he saw, out of the corner of his eye, an unassuming little man with a small black mustache reach out and leave a matchbox on the bar beside of Edward.  No one else had seemed to notice, but Edward almost forgot to breathe as his eyes rested on the name “Mad 28” on the front of the matchbox. Edward looked around, saw no one watching, and picked up the matchbox at the same time he stood up. Not even realizing he left his wallet on the bar, Edward began walking toward the men’s room. He had only counted to twenty-three by the time he entered the men’s room. He took five more steps into the room to make twenty-eight total, and stopped. He slid open the matchbox, and was disappointed to see a slip of paper with the words, “meet me at the embassy”, typed on it. As he counted the matchsticks, he failed to hear the door open and shut.

“It’s not him.” A voice spoke softly.

“He took the matches.” A gruffer, deeper voice responded.

“Twenty-six, tw-tw-twenty-seven, twenty-eight!” Edward’s voice spiked as he turned to face the voices.

“I don’t know.” As Edward’s eyes raised to see the body that accompanied the voice, he only saw the barrel of a gun. “We’ll take care of him just in case.”

With a thud, Edward’s body hit the floor.